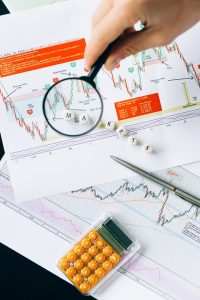 A FEW LESSONS FROM THE PAST YEAR

These past 12 months have been a year of extremes, a period that tested our resolve in so many areas – personal, financial, and emotional. There was loss and ultimately (we hope) gratitude that we could remain resilient in the face of uncertainty. And all of it seemed to teach us anew the lessons that certain core investment principals remain invaluable guides in times of adversity and stress.

Volatility, a tendency to change quickly and unpredictably, is a normal part of the trade-off investors accept to generate stock market returns. And stock markets are inherently volatile – but without that volatility, we would not experience the returns that we have over the long term. In eight of the past 40 years, the benchmark S&P 500 Index has seen declines of 20% or more; and the index has declined an average of 14.3% within any given year over that period. But despite all that volatility, the market has still managed a compound annual return of 9% per year. That means, despite all those bad years, $100,000 invested forty years ago would have grown into $3,100,000.

The downturn in the first quarter of 2020 happened with such spectacular speed that it shocked all of us. From the initial promise of a good year, with the market reaching an all-time high on February 19, 2020, to its low point on March 23, it fell 34% (one of the fastest declines from high to bear market). Over 21 trading days, there were eight days when the S&P 500 Index had losses of 3% or more and seven days where gains were greater than 3%. Three of the down days had losses greater than 7%, and three of the up days had gains of 7% or more. This is the market definition of whiplash.

One thing to note: while part of our core philosophy is to buy and hold, we did not sit idly by. We rebalanced client portfolios (i.e., bought stocks at low points in March 2020) and harvested losses in taxable accounts so that clients could use them to offset future gains. This flurry of activity can help add materially to returns over time.

When markets go down as they did, it can become easy to be overwhelmed by pessimism: as each new low happens, it feels as though further lows are sure to follow. Indeed, it can seem as though the market will never stop declining. It can be paralyzing, or worse, it can cause you to act on the notion that it is better to do something than sit around and watch the world fall apart. The problem there is that when they do bottom out, the subsequent upswing can be just as dramatic as the original downswing. For example, if one had finally capitulated in the run-up to
March 23, you would have likely missed the next three days where the market jumped by a cumulative total of 17%.

Within one month, the S&P 500 Index was up by a total of 25%. Even if you had gotten out before the worst happened in March, you would have needed to decide when to get back in. And there is never a flashing sign that tells you when the low point has been reached; it is only with the benefit of hindsight that it becomes clear.

THE STOCK MARKET IS NOT THE ECONOMY

As the market continued its strong rebound into the summer, many observers wondered how there could be such a dislocation between it and the broader economy when unemployment was spiking at 15%, whole sectors were on lockdown, and the virus continued to spread.

There is no simple answer, but the broadest reason is that the stock market is worried far less about the short-term impact of known current events (whose news is already priced into the market) than the cumulative impact of future earnings and increasing economic growth. When the market sees the promise of recovery, even if that recovery is a year or more away, it will take that as a positive sign. And even during the worst of the past year, there were positive longer-term signs. Vaccines looked promising from the earliest days, many companies were able to adapt quickly, and government stimulus efforts were announced.

The key is to not let the pessimism of the current news impact your view of the longer-term future. Stock markets and the economy are both robust and adaptable. Markets just adapt more quickly.

By August 2020, the S&P 500 Index was back above its February highs. Still, the outsized influence of a few of the largest stocks (Facebook, Apple, Netflix, Microsoft, Amazon, and Google, aka FANMAG) masked that the broader market, including US mid- and small-sized companies, while doing better, were still lagging in terms of performance. International and emerging market stocks were also still negative for the year. At this point, many clients were wondering why we did not have more of the high-flying stocks, and some commented that we should have less in sectors that seemed to have barely budged.

But as happens with markets, the surprises kept on coming. The momentum of the best-performing stocks stalled, and once-dormant sectors rebounded. The table below highlights the broad rally seen in financial markets in the fourth quarter of 2020. The first quarter of 2021 continued this trend, and diversified investors were rewarded for their discipline.

All these lessons highlight the importance of thinking long-term and not letting the emotion of short-term events goad you into rash decisions. Markets recover, and economies are robust. They can provide moments of genuine anxiety, but you run a far greater risk by reacting to those feelings than looking past them. We do not place concentrated bets and maintain a diversified portfolio that reduces your longer-term risk. Our goal is to help you get to your goals, and this is the soundest and least stressful way of getting you to them.