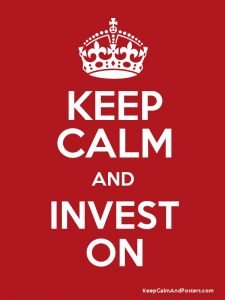 When welcoming a new client to our firm, I often begin with the caveat that you will hear one piece of advice so often from me that I may sound like a broken record at times. This guidance lies at the very heart of our investment philosophy. However, it can sometimes feel like the most difficult lesson to follow when the world feels chaotic. The lesson is this: always keep a long-term focus but take advantage of short-term market volatility with a disciplined and opportunistic buy-low, sell-high (i.e., rebalancing) strategy. For any investor, this advice can be difficult to heed in the worst of times, and 2020 offered us a perfect example of why you need to.

At the beginning of 2020, the US stock market was amid the longest bull run ever (almost 11 years), the economy was growing, and unemployment was low. Interest rates were on the rise – the benchmark 10-year US Treasury bond yield hit 1.90%, and core inflation was creeping back up to almost 2.50%.

Then COVID hit. The impact on the US economy was staggering: an unprecedented 10 million people filed for unemployment insurance in the second half of March, and the S&P 500 Index dropped over 20% in 20 days – the fastest descent into bear market territory on record. On March 23, the stock market reached its low after having fallen 34% from its mid-February high (while the 10-year US Treasury bond yield fell to a low of 0.54%).

As we pass the anniversary of our most recent (and dramatic!) market low on March 23, 2020, we have the opportunity to see how this time-worn advice has played out for clients who stayed disciplined during the extreme market volatility we witnessed last year. Once again, those investors who kept a long-term focus and bought stocks at low points (like we did for our clients last March and April) were greatly rewarded.

In fact, over the past 40 years, we have experienced four years where the US stock market declined by 30% or more; despite these drops, the market’s average return has been about +9%. Thus, while it is tempting to react to the challenges seen at any given moment in time, the rewards go to those who stay the course.

We often suggest that during times of market stress, clients should step back, focus on their long-term goals, hold steady with their investment plan, and buy stocks at low points. But we know this can be hard to do. Some investors often feel very strongly that action needs to be taken, that the right decision this time is to get out of the stock market to avoid further loss and re-enter later when the future is clear and things are more stable.

But by deciding to sell, you are very often doing the opposite of what you should be doing, which is buying stocks at low points to rebalance your portfolio and holding on for the recovery. And recovery (or at least a strong rebound) occurs sooner than it feels like would be possible during the worst of any crisis. The steepest downturns provide the seeding grounds for the greatest upturns.

From the Bottom to the Top

Just look at the second quarter of 2020: one of the worst quarters of all time was followed by one of the best quarters of all time. On March 12, the S&P 500 fell by 9.49% (the second-worst day in 20 years); the next day, Friday, March 13, the stock market went up by 9.32% (the fourth-best day in 20 years). Longer-term, if you review the twenty worst days going back to 1929, they are often followed days or weeks later by the top twenty best days in the stock market.

Markets can be unnerving, but reacting to a bad day or period can be harmful to your portfolio’s long-term value. You might feel better in the moment to get out of the market, but then you must carefully time the other side of the equation correctly to get back in. If you miss the market upswing, you will never make up that lost opportunity.

What We Can Learn

As we look back on 2020, it serves as a fantastic reminder that markets do work, and a disciplined, long-term investment perspective will serve to reward the investor. The downdrafts can be hard to endure and, when they are in freefall, can seem as though they will never right themselves; but markets have always recovered. The past year was challenging in ways we could never have predicted, and still, a long-term approach paid off, as it always has.

So broken record or not, I will continue to convey the advice of smart, disciplined investors: keep a long-term perspective and commit to a rebalancing strategy during times of market stress. As we all begin to see the light at the end of the very long, dark 2020 tunnel, let us also see the financial lessons this chaotic and unpredictable year taught us.