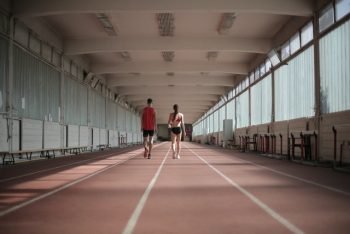 You may have heard economists or especially wise investors say something like, “Short-term, the stock market is like a voting machine, but long-term it acts like a weighing machine.” That’s a quote attributed to legendary value investor Benjamin Graham.

Mr. Graham was an Ivy League professor and the author of two widely acclaimed investment books published in the 1930s and 1940s, but perhaps he is most widely known as the mentor to Warren Buffet, who is considered to be one of the greatest investors of all time.

What’s the meaning behind the quote?

The quote basically means that the short-term movements of the stock markets tend to be based on subjective or emotional judgments, rather than any actual change in the value of the securities being traded. In fact, it’s amusing if you look for examples where economic pundits say that the markets went up one day because of a positive government economic report, and then a few days later they say the markets went down because the government’s positive outlook might mean that the Fed will taper faster than planned. It is not uncommon for the same type of event to be blamed for a market decline and cited in a market rise within days of each other.

Longer-term, however, the quote means the stock markets are driven by something different: gradual changes in the underlying value of the stock being traded. As a company reports ongoing earnings and profit growth, it is also expanding and becoming more valuable. As investors, we do not see this growth and expansion in the daily trading, but over the years the rise in the value of the company becomes visible.

Why does this matter to the average investor?

It is better for your financial well-being to ignore the flighty short-term events and focus on the more durable longer-term trends: It’s tempting to make investment decisions in response to economic news or short-term trends, but doing so is nothing more than speculation on what’s going to happen next.

Investing in stocks means dealing with volatility.
It’s critical to keep your emotions in check as the excitement of stock market highs and depression of stock market lows can lead investors to make poor investment decisions, such as rushing for the exit during times of market stress. Instead, the smart investor welcomes downturns as opportunities to find great investments.  The market will fluctuate–sometimes wildly as we’ve seen the past few years, — but rather than fearing volatility, use it to buy bargains or to sell when your holdings become overvalued.

A more fundamental point is that whenever you buy a representative basket of stocks, you are participating in the growth of the underlying businesses and the economy as a whole. This means that when millions of workers toil away at the office for days and weeks on end, creating value, building enterprises, coming up with new ideas, building and making and creating, you too are participating in the fruits of their labor. The effect is gradual, but clearly visible if you can look at the longer-term impact on your investments.

The successful long-term investor accepts the setbacks along the way — when the flighty participants in the “voting machine” can’t see past the short-term danger to the long-term opportunities. It can take years, but eventually real value asserts itself over short-term emotional responses. The long-term growth of the economy creates an environment in which resourceful businesses can generate profits that are in turn shared with investors, driving stock returns and wealth creation.