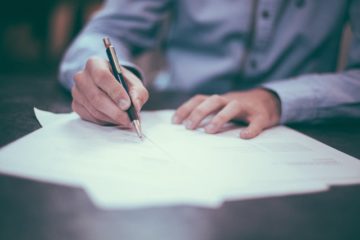 Everybody should have a power of attorney—that is, a legal document that gives a designated individual the right to act on their behalf when making financial decisions. The power of attorney is most often used by adult children to make decisions on behalf of aging parents when they are no longer capable of making sound decisions on their own.

The most common decisions that the adult children will make relate to money, and this can cause problems in some states. Banks report cases where the power of attorney is abused by adult children seeking to enrich themselves at their parents’ expense—a form of elder abuse that Alzheimer’s sufferers are particularly vulnerable to. Wary of being held liable for customers’ losses, some financial institutions have stopped accepting power of attorney documents. In some cases, adult children with the best intentions have had to take legal action to enforce a document executed and followed in good faith.

How can you prevent these misunderstandings in the first place? A standard durable power of attorney gives the son or daughter the authority to act on the parent’s behalf immediately after the document is signed. A “springing” power of attorney, on the other hand, doesn’t generally give the child that authority until the parent becomes incapacitated. Most power of attorney documents are of the “springing” variety, which can create extra complications for adult children: they have to obtain a statement from a physician certifying that the parent is incapacitated. Recent medical-privacy laws can make it difficult for the physician to communicate this information without authorization, leading to a legal Catch-22. The durable power of attorney encounters no such problems.

Financial planners can identify what their clients’ banks and brokerage firms require in the way of documentation, and in some cases, the power of attorney document’s language can be amended according to the terms their lawyers prefer — although most advisors counsel against a clause that the bank may ask for, waiving the right to sue if something goes awry.