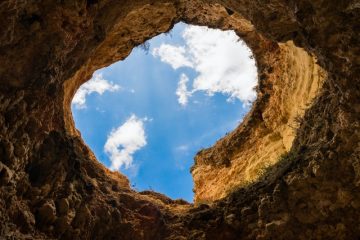 It is one of the most common questions wealth advisors get from clients – when can I afford to retire? But planning for retirement can be a bit more complicated than just a savings and spending plan. Here are five pitfalls to avoid as you approach retirement.

Pitfall #1: Thinking you can work forever (to make up for the lack of retirement savings)

It is a common refrain I hear when first meeting with clients. When asked about retirement plans, the client says they realize they are behind in saving but plan to make up for it by working a few more years. They say they will work to age 70 or beyond and then give a knowing smile and a shrug; it is not that they want to; it is just that they know they need to.

It is an acknowledgment of an issue so many Americans are facing – that many of us did not save early or generously enough to be able to retire at the age of our choosing; and that we are going to have to work more years to make up for that shortcoming.

But here is the harsher reality: the average American is often likely to be forced into an early, unexpected retirement through the onset of ill health or layoffs. The statistics show that this is the more common experience. A   found that 65% of respondents, in the decade before retirement, said they were likely to work at least part-time in retirement; the reality is that only 7% of retirees are working part-time. (Source) Another study by the non-profit ProPublica stated that the average retirement age of those who chose (or were forced) to retire is 60 years old. Of this total, 56% have been laid off at least once or left under such circumstances that it is likely they were pushed out rather than going voluntarily. Another 25% are forced to leave because of health issues.

All these factors combine to the reality that working longer is not necessarily a reliable financial planning strategy. At the very least, just know that one should be prepared to financially slow down as you enter your sixties.

On the other end of the planning spectrum, people often underestimate how long they will live in retirement. Life expectancy in the United States is 78 years (76 for men / 81 for women), but that is from birth. If you look at life expectancy for those at age 65, it goes up to 83 for men and almost 86 for women. If you are married, the joint life expectancy for a 65-year-old couple is age 89. These are average ages – at least 50% will live longer than those expectancies. A 65-year-old couple has an 18% chance to make it to age 95. These are not insignificant odds and ones that need to be planned for.

Of course, every person’s situation is different, and factors such as health and genetics determine the likelihood of making it to the tail end of these statistics. But one should plan for the somewhat likely odds of living to a ripe old age.

For many clients, there is a real push and pull on when to take Social Security. Many want to take it as soon as possible – they either need the income or worry that the benefit might diminish in the future due to government underfunding. However, if you look at the numbers (how much you can get if you delay, and likely longevity), then it typically makes sense to hold off until one turns 70 before taking it. Assuming you have earned enough credits, you can take Social Security as early as age 62. But the benefit is a minimum amount, and it increases every month you delay until you reach age 70. After that, the only increase you will get in benefits is in line with inflation. For example, assuming you had earned maximum credits over the years and just turned age 62, you could get $2,216; if you waited until age 66 and 8 months (which is your so-called “full” retirement age), then the benefit would be $3,137 per month – that is a 42% increase (and that figure does include inflation). If you were to hold off until age 70, then the benefit would be $4,008. That is an 80% increase over the age 62 benefit and is equivalent to a nearly 7.7% annualized compound return; no other investment offers that kind of guaranteed return in our current world. Of course, if you take it early, then you will have an extra eight years of income than if you delayed; at some point, the larger amount aggregates to a greater total than the smaller benefit taken earlier. The cross over date where the delayed benefit exceeds the early benefit is generally around age 78-79.

But of course, given pitfall #1, there lies the challenge: if you really need the cash, how can you delay for that long? Only good planning and wise and early choices can make that option truly viable. The general rule of thumb is that the longer you wait to take Social Security, the better off you will be in the long run.

Many people do not factor in the cost of long-term care (assisted living facilities, home care attendants, etc.) as they age. Long-term care insurance is best purchased in the years before retirement, but it is costly. There are other options for long-term care expenses, such as using home equity through lines of credit or reverse mortgages. Each has its pitfall. But one should consider how these expenses will be funded and have a plan.

It is natural to want to reduce risk as you enter retirement. You have less time to recover from prolonged market downturns, and they are stressful to endure. But the most significant risk over time is not equity markets (which are volatile in the short term but tend to go up over time) but inflation. One needs to be able to adjust to the slow creep of goods costing more and more over time.