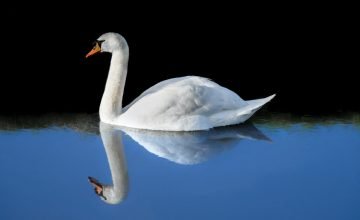 No one had ever seen a swan that was any color other than white before 1697. However, in that year a Dutch explorer sighted a black swan in Australia. Both random and rare, it only takes a single observation to make it valid. Statistician Nassim Taleb applied the concept to the financial world in his 2007 book The Black Swan – The Impact of the Highly Improbable. To quote the author, a Black Swan “event” has three attributes. “First, it is an outlier, as it lies outside the realm of regular expectations, because nothing in the past can convincingly point to its possibility. Second, it carries an extreme impact. Third, in spite of its outlier status, human nature makes us concoct explanations for its occurrence after the fact, making it explainable and predictable.” In the wake of these improbable and unpredictable events, things are forever changed. The best example of a Black Swan event from our recent history is 9/11, and now the 2020 Coronavirus Crisis.

What is a Green Swan?

In the words of the “Godfather of Sustainability” John Elkington, “Green Swans also take the world by surprise — because of their exponential character, and because they produce outcomes previously considered to be not just improbable but impossible. But rather than driving degeneration like their Grey and Black cousins, they help drive resilience and regeneration.”

Twenty-five years ago, Elkington created the widely used concept of the “triple bottom line” as a sustainability framework that examines a company’s social, environment, and economic impact. But his imagined purpose as “a triple helix of change for tomorrow’s capitalism” has not come about. So Green Swans now represent the catalyst in Ellington’s Exponential Twenties (the 2020’s) that will lead to the necessary rapid growth in the areas of technology, climate change, and institutions (private corporations and governments).

The role of the Green Swans is to redirect the exponential energy needed to address the systemic problems we are facing today as a society. Elkington argues that if we act quickly with intelligence and integrity, we can reimagine and redesign markets to be regenerative. The resulting Green Swans will emerge from this crisis to create a radically different future, creating a version of capitalism that can exist in harmony with the planet’s resources and more balanced societies.

Like it or not, the coronavirus has changed the way we do things – some of  them forever. Let’s remember Elkington’s plea to act with intelligence and integrity as we too emerge from this crisis and to keep our eyes clear and our hearts full.