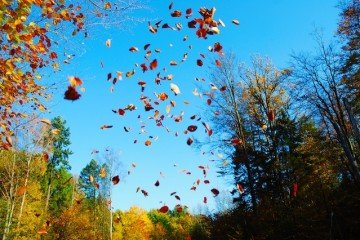 It seems that daily, we are inundated with media pundits, Wall Street watchers, and financial gurus who bask in their 15 minutes in the spotlight as they attempt to predict the next market move.

Interestingly, a popular blog published by the Business Insider has been tracking the predictions and commentary of today’s most popular financial “experts” and they concluded that the average market prediction offered by experts is only 47.4 percent accurate. Flip a coin and your odds for predicting the market are better!

It’s hard to imagine that the average market “expert” isn’t able to match the track record of a coin flip, but research has proven the failure of active management and market forecasting time-and-time again.

Let’s take a look at some of the most well known market forecasts and predictions. Here are several notorious stock market calls that occurred during this current market rally:

– December 2009:  Former PIMCO CEO Mohamed El Erian says stocks will tank within one month.  Actual: Stocks did decline a modest 1.7 percent the month of December, but followed by a 15 percent return for the year ending 2010.

– August 2011:  John Mauldin, author and chairman of Mauldin Economics, commits to his recession call, saying stocks could fall 40 percent over the next 12 months.  Actual:  Stocks returned 9.1 percent over the following year.

– October 2011:  John Hussman calls a recession and says the European mess has only gotten started.  Actual:  Never did get that recession and the U.S. stock market returned more than 30 percent the following year.

– December 2011:  UBS’s Chief Strategist Jonathan Golub says he would not be an equity buyer.  Actual:  A “non-equity” buyer would have missed out on a 16 percent return over the following 12 month period.

We have experienced some bumps and bruises along the way (including a brief but significant stock market downturn in the summer of 2011. Remember the U.S. debt downgrade?) but in all reality, we are continuing to experience a strong and sustained stock market recovery. We don’t know, nor can anyone predict with any consistency, when the current bull market will end. But we do know it would have been costly for investors who may have acted on previous market “predictions” and abandoned their investments in stocks. Continuing to maintain a low-cost, diversified portfolio, that includes a disciplined trading strategy and takes advantage of market volatility, remains the key to long-term investing success.