Investing was less complicated for our parents: some stocks, some bonds, a savings account…

While those vehicles still exist today, the ways to evaluate and allocate them have changed dramatically over the last few decades.  Investors have new ways to think about how and where to invest.  This year’s Nobel Prize in Economics was awarded to Eugene Fama of the University of Chicago whose theories have had tremendous influence on how we advisers gauge the market.

In the 1960s, Fama’s team proposed the “efficient market hypothesis” (the price of any investment reflects all available known information about it at any given time).  He shot down the idea of trading portfolios based on hunches about a specific stock’s outperformance of the general market.  The entire indexing movement (S&P 500 index funds and the like) was born of Fama’s efficient market theory; making it easier, cheaper and more effective for the average investor to invest in a diverse portfolio.

Later, in the early 1990s, Fama and his partner, Ken French of  Dartmouth College, developed the “Three Factor Model.”  Look for these men on the short list of a future Nobel Prize Committee because the Three Factor Model is arguably the best way to determine the expected return on an investment.

Why Small and Value Outperform

Why is this so?  Here is an example: Sears (a large cap value stock) has struggled for years as consumers have found better places to shop online or elsewhere. While Google (a large growth stock) on the other hand has been on the forefront of technology innovation and increased sales steadily for over a decade. If these two companies went to a bank for a loan it is obvious that Google would receive a more favorable loan package than Sears. Google is simply stronger, healthier and with much better prospects for future growth. Now, if these companies went to Wall Street and “asked for a loan” by selling stock, how would an expected return or interest rate be assessed?

It is actually quite similar to getting a loan at the bank.   The “bank,” in this case “Wall Street,” determines which company is stronger financially with the best future prospects. Wall Street will determine a price for the shares of Sears and Google and Google will win, with the higher priced shares and, correspondingly, a lower expected return or interest rate for the “loan” they are taking.  If you are an investor, you want the company with the higher expected return or interest rate, so, you would actually want to invest in Sears, NOT Google.  The same principal works for small cap stocks. The banks and Wall Street both assess a financing penalty (or cost) to small companies because of their higher business and financial risk.

Value and Small Stocks Worth the Risk?

Here’s why that performance trend will continue:  Value and small stocks are considered riskier than other sectors of the market, and investors, therefore, demand higher rates of return on their investment for the increased risk they’re incurring.  Is it worth it?  The data indicates that it is, as much of the risk can be mitigated by widely diversifying your mix of small and value companies.

If one decides to invest predominantly in value and small stocks, another risk, named “benchmark risk” can affect the investor. Benchmark risk is what happens when you compare your portfolio to the general market (the Dow, for example, or the S&P) and you’re lagging. Your portfolio is going to act differently than the overall market. Staying the course makes more sense than changing your investment course mid-stream:  consider the 1990s tech bubble:  some investors, to their everlasting dismay, abandoned their small/value strategy to buy into the technology market at just the wrong time.

There are many different ways to develop and implement an investment strategy. It is a personal choice, but should be made thoughtfully and executed with discipline and consistency.

Both Eugene Fama and Ken French have, with their research, provided us with the ability to invest more mindfully so as to position our portfolios for higher returns on our investments. Diversify your investment portfolio within your risk tolerance toward companies which have the highest expected return and with discipline; you’ll likely have a much better performing portfolio over the long run. 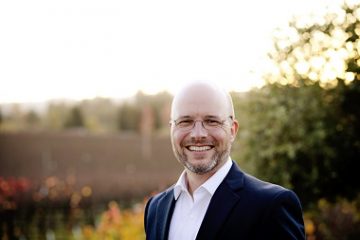