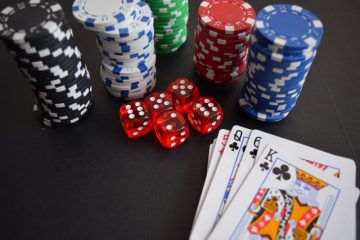 At the end of the last quarter, it was announced that one lucky ticket holder had won a $768 million Powerball Lottery. In an instant that person’s life changed – if they received the lump sum payout (which is usually the right thing to do in these situations), they would get $477 million before taxes. An incredible sum that will put them into the richest realms of American life – way beyond just the top 1%.

On one level, lotteries like the Powerball are fun. They promise unimaginable riches, every once in a while, to a lucky winner or two. And they allow those who do play, but do not win, the chance to daydream about what they would do with all of that money.

On the other hand, most anyone who has ever bought a ticket has realized that the odds are against them. One study showed that, on average, for every dollar invested in lottery tickets, only 40 cents is returned in the form of winnings (a 60% loss). In other words, people who invest in lottery tickets are expected to lose money. Like going to a Casino, the odds are stacked against them. The odds of winning the Powerball Lottery is almost 1 in 300 million. That is insanely small – the odds of being hit by lightning is 1 in 135,000 and 1 in 8 million for a shark attack.

Here’s the funny thing – on one level most people know the odds are stacked against them, and there is little to no chance of them winning, but they keep on playing. In 2016, Americans spent almost $80 billion on lottery tickets – that is about $325 for every adult in the United States. What this means is that huge sums of money are being spent on an investment that is almost certainly guaranteed to lose money.

But this got us thinking, what if people simply used that money and invested it in something that offered a strong probability of a positive long-term return – the stock market. Now immediately many people would protest and say “wait a minute, stocks are risky! I could lose money! Why would I do that?”

In the short term, they would be right. The S&P 500 can be a volatile investment. Since 1980, it experienced an average loss of 14% within any given calendar year. And in some years the loss has been substantially greater – in 2008 the market was down 32%. However, over that time the index returned an average of 8% per year (and this is a period that has included several large and dramatic downturns). Despite periods of negative returns, over the long term, the market goes up much more often than it goes down – around 75% of the time. Those are pretty good odds and certainly better than those of any lottery.

And investors also forget that most companies issue dividends, which are regular distributions of cash to shareholders. So, even when things are bad, most investors are actually getting some real cash return on their holdings. It might not be a lot, but every bit helps when it comes to down periods.

The trick with investing is to look at the probabilities and realize, in the long run, they are in your favor. At no time since 1926 has an investor who has invested in US stocks and held for any 20-year period ever lost money. If you held for a ten-year period, the chances of experiencing a loss would have been only 6%.

If those lottery players invested the money they used to buy tickets, they would be substantially richer in the long term. Assume the average adult was, instead of buying lottery tickets, o invest in a diversified portfolio every week. They would put in $6.23 each week. And if they were to do that for 45 years (the average working span of an adult) and earned just 6% per year, they would have almost $75,000 at the end. That is for a total cash investment of just under $15,000. The trick there is the compounding.

The longer you wait and the more you let your earnings build on themselves, the more you will have generated. Time is your friend when it comes to investing.

A last thought on the lottery: for those who win the larger pots, it is estimated that up to 70% of them go bust within five years. Mostly they spend it on consumable items (homes, cars, and trips), more gambling, and gifts to family and friends. If only they had a good financial advisor to put them on a smart, sustainable lifestyle.

So, if you ever hear of anyone winning, please be sure to send them to Willow Creek so that they can plan their future in a wise way.