The volatility of China’s financial markets is leading some investors to question the fundamental cause of China’s decline, and what the potential consequences may be for the global economy and financial markets. The Shanghai Composite Index — the mainland stock market barometer and one dominated by retail investors — doubled from March of 2014 through June of 2015, only to lose more than 40% of its value between June and August of 2015.

The speed and scale of the Chinese mainland markets fall unsettled global markets, fueling selling in equities, industrial commodities, and allied currencies while buoying perceived safe havens such as US Treasuries and the Japanese yen.

The decline in Chinese stocks triggered repeated interventions by China’s government, which has been attempting to transition the economy from a long-lasting, export-led boom toward more sustainable growth based on domestic demand.

Investors naturally are concerned about what the volatility in the Chinese market means for their own investments and what it might signify for the global economy, particularly given the rapid growth of China over the past 20 years.

Stock Market vs. the Economy

Measured in terms of purchasing power parity (which takes into account the relative cost of local goods), the Chinese economy is now the biggest in the world, ranking ahead of the US, India, Japan, Germany, and Russia.

Yet China’s stock market is relatively small in global terms. It makes up just 2.6% of the MSCI All Country World Stock Market Index. China is still classified as an emerging market. These are markets that fall short of the definition of developed markets on a number of measures such as economic size, development, liquidity, and property rights.

China’s stock market is also relatively young. The two major national exchanges, Shanghai and Shenzhen, were only established in 1990 and have grown rapidly since China has industrialized.

As a consequence, domestic investors account for about 90% of the activity on the Chinese mainland market. And even then, the participation is relatively narrow. According to a China household finance survey, only 8.8% of Chinese families held shares as of June 2015. In comparison, just over half of all Americans own stocks, according to Gallup.

A final point of perspective is that while the Chinese economy has inevitably been slowing as it transitions from a manufacturing export engine to a consumer and services driven economy, it is still expanding at more than 6% per annum, which is more than twice the rate of most developed economies. 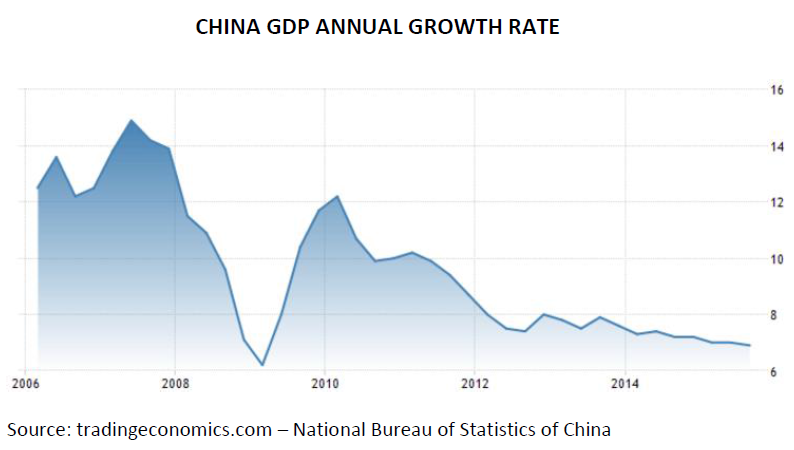 While forecasts are subject to change, markets have priced in the risk of a further slowdown as seen in the renewed fall in prices of commodities.

Drivers of the Boom

The Chinese stock market boom of the past few years cannot be attributed to a single factor, though two major influences have been the government’s promotion of stock ownership and investors’ increased use of leverage.

The government has been seeking to achieve sustainable, balanced, and stable economic growth after nearly four decades of China notching up heady annual growth rates (averaging 10%) on the back of a government-sponsored investment boom. But the transition to a shareholding economy has created its own strains. Chinese investors have increased the use of leverage with margin loans to make investments. While this can potentially increase their return, it also exposes them to potentially bigger losses in the event of a market downturn.

Chinese regulators, mindful of the fallout from the stock market drop, have instituted a number of measures to curb the losses and cushion the impact on the real economy. These have included a reduction in interest rates, suspension of initial public offerings, and enlisting brokerages to buy stocks backed by cash from the central bank. In the latest move, regulators banned holders of more than 5% of a company’s stock from selling for six months.

The government also began an investigation into short selling, which involves selling borrowed stock to take advantage of falling prices. In the meantime, about half of the companies listed on the two major mainland exchanges were granted applications for their shares to be suspended.

While such interventionist measures may seem alien to people in developed market economies, they need to be seen in the context of China’s status as an emerging market where governments typically play a more active role in the economy.

The emergence of China as a major force in the global economy has been one of the most significant drivers of markets in the past decade and a half. China’s rapid industrialization as the population urbanized drove strong demand for commodities and other materials. Investments and property values boomed as credit expanded and people took advantage of gradual liberalization.

Now, China is entering a new phase of modernization. The government and regulators are seeking to rebalance growth and bring to maturity the country’s still relatively undeveloped capital markets. Nevertheless, China remains an emerging market with all the additional risks that this status entails. Navigating these markets can be complex. There can be particular challenges around regulation and restrictions on foreign investment.

Global markets are weighing the wider implications of this correction. As a result, we have seen concurrent weakness in other equity markets and falls in commodity prices and related currencies.

Yet it is important to understand that the stock market is not the economy. China’s market is only about 2.6% of the global stock market and its volatile mainland exchanges are, for the most part, out of bounds for foreign investors anyway.

Although market volatility is to be expected, it always seems worrisome when it actually happens. And feelings of concern are completely understandable. Through discipline, diversification, and understanding how markets work, however, the ride can be more bearable. After the declines, risk appetites always re-awaken, rewards re-emerge, and for those who acknowledged emotions without acting on them, relief replaces anxiety.