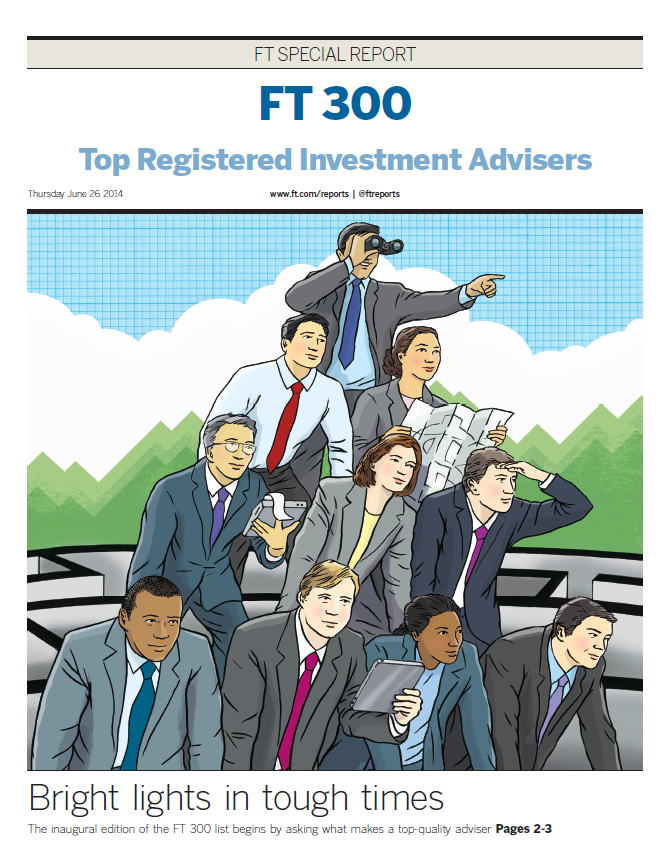 The Financial Times published this inaugural edition of the FT 300 Top Registered Investment Advisers, providing a snapshot of the best advisers to be found across the US.  The team at the Financial Times’s sister publication, Ignites Distribution Research, set a minimum standard for RIA firms of $300m in assets under management (AUM), and then invited more than 2,000 qualified firms to apply for consideration.

The panel used a combination of the firms’ self-reported data, regulatory disclosures and its own research to score the candidates on attributes including AUM, AUM growth rate and compliance. The methodology is explained in an article published with the list of 300.

Size is a key indicator of quality, in that bad firms rarely continue to attract and retain clients. But size alone did not determine which firms made our list. Some RIA groups were disqualified for having too many compliance problems. Advisers were also judged on how many years they had been in existence because long-established organisations more often offer the reliability and predictability that investors prize.

RIA practices were awarded bonus points for having adviser employees with any of the top industry certifications, including the CFA, CFP, CAIA and more. Advisers whose information is easily accessible online were also awarded small bonuses because such transparency should be the norm in 2014.

In addition, the list is presented as a grouping of 300. There is no attempt to rank the advisers from 1 to 300, because no method is precise enough to separate the 200th-best adviser from, say, the 201st. Dozens of high-quality advisers just missed the list this year, edged out by peers with slightly better profiles – sometimes the difference was a few more years of experience or a slightly more impressive growth rate.

In a field of outstanding financial professionals, the FT 300 should be considered a list of truly exceptional adviser firms. It is organised state by state and the states with higher populations, and higher concentrations of wealth, understandably feature more advisers.

We wound up with advisers from 38 states plus Washington, DC, a decent amount of geographic diversity, given that there was no mandate to include every state. It is not surprising that New York City, a locus of wealth, has the single biggest concentration of FT 300 member firms, represented by 27 RIAs – more than double any other municipality. However, geography matters less these days, as more than a quarter of the FT 300 firms have offices in multiple locations (and often across multiple states).

So, after running the numbers, what does our list of 300 look like? The FT 300 is an elite group of RIA firms. The “average” firm on the list has been in existence for 24 years and manages $2.8bn. Similarly, the average FT 300 practice saw its assets under management rise 23 per cent in 2013.One out of five practices has been advising clients for more than 30 years.