To remain silent and indifferent is the greatest sin of all. -Elie Wiesel

Two years after the end of WWII, my father, a recent Polish immigrant and Holocaust survivor, took a bus trip from New York City to Washington, D.C. to visit his aunt, one of his few remaining family members. As he climbed onto the bus, he saw a black soldier, in uniform, sitting in the back row and asked the bus driver why that was. The driver said that the man had to sit there, that it was just the way it is. At a rest stop, my father saw signs in the bathroom and by the water fountains that read “no n****** allowed.” He was shocked and could not understand how this could be. After six years in death camps, after the Allies won the war, why the land of the free and the home of the brave could have such an attitude confused him then, and angered him later. When Barack Obama became president, my father wept – he said “finally, America grew up.” And yet, as we are all witnessing across the country and around the world, we remain saddled with the intolerance and injustice of institutional racism.

On this auspicious day, Juneteenth, the day black Americans obtained their emancipation from slavery in 1865, we must continue the fight. The heartbreaking expression “I can’t breathe” will remain with us for many years to come as a cry for justice and basic humanity, just as a thoughtless comment, a small slur, or a joke at the expense of others will only continue the bigotry that remains in our society today. Let us have hope and continue our work to mark 2020 as the year in which we all come together as thinking citizens in a free society who cherish our heritage as we imagine it, not as it is, and correct the mistakes of the past with a clear vision of what might be, not what is. 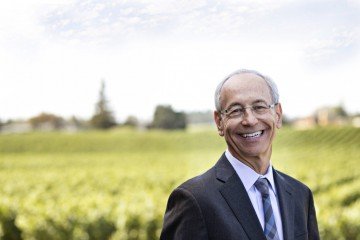